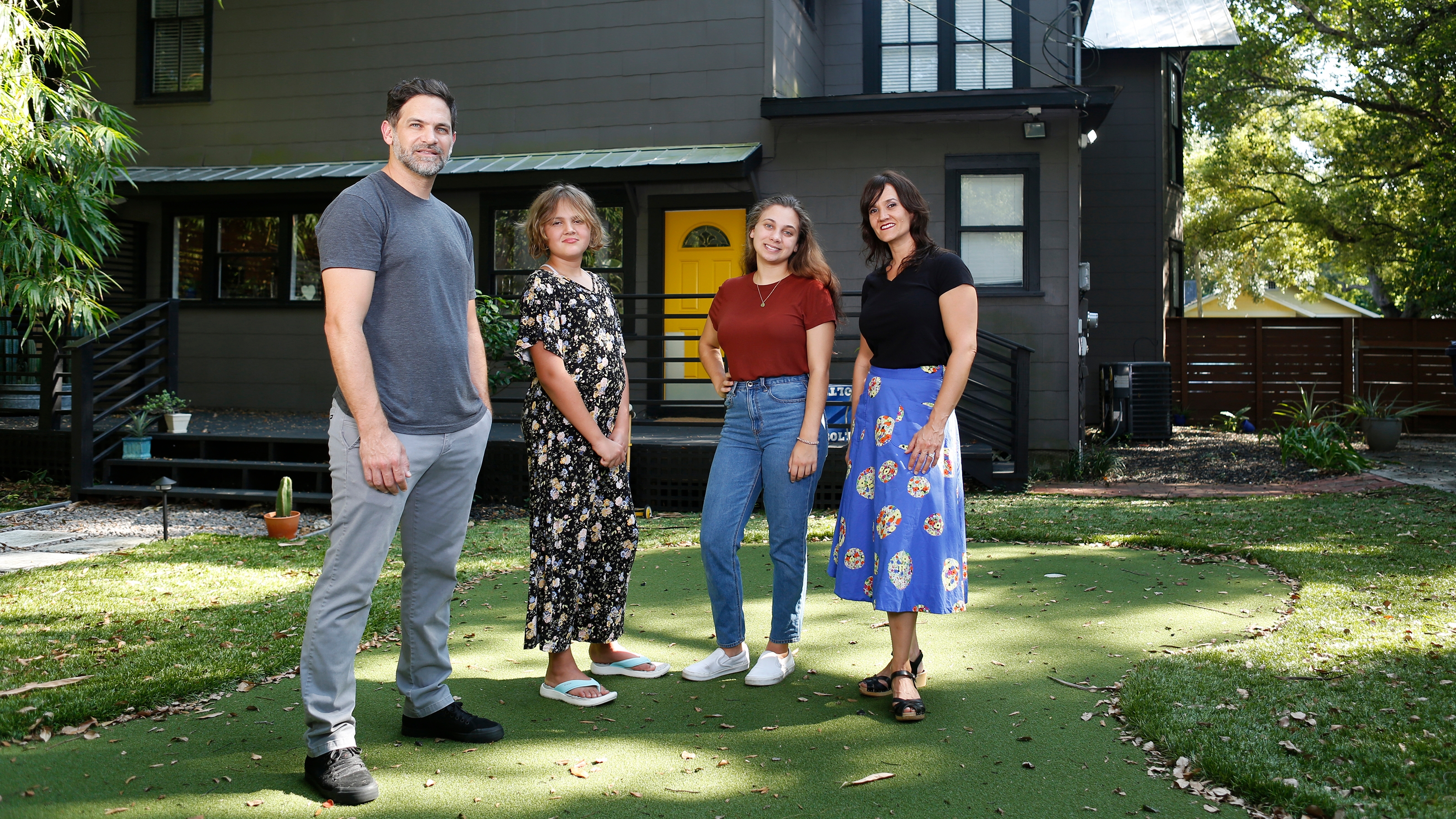 Stephen Semmelmann, left, his wife Natalie, right, and their two daughters Ella,10, (wearing a dress) and Kailey, 19, pose for a portrait in their new home in the Tampa Heights neighborhood on Sept. 17. [OCTAVIO JONES | Times]

TAMPA — Steve Semmelmann and his family lived in Riverview but drove 20 miles one way to eat at Armature Works, stroll the Riverwalk and attend Tampa Bay Lightning games.

The more they went to Tampa, the less reason they had to stay in Riverview. Finally, Semmelmann asked himself: “Why are we living here? It’s just a house.”

In July, they moved to Tampa Heights. They’re so close to their favorite restaurants and activities they can walk instead of battling traffic on the interstate. “So far, it’s been great,” Semmelmann said. “Getting out of (Riverview) has been a huge relief from stress.”

Few places in the Tampa Bay area are generating as much buzz as Tampa Heights. Just a mile north of downtown Tampa, a community once viewed as slightly seedy, even rough, has become an exemplar of urban cool.

House prices are soaring, up 64 percent in two years. Young professionals are moving in from Chicago, New York and even tony South Tampa. And crime is down. Between 2008 and last year, reported burglaries plunged 64 percent, robberies 73 percent and auto burglaries 37 percent, according to crime statistics for the general area.

Still, there are concerns. Higher prices fueled by speculation and redevelopment are driving away some longtime residents. Tampa Bay’s notorious traffic problems continue to spur talk of widening Interstate 275, whose construction decades ago affected parts of Tampa Heights. In some ways, the community has not fully recovered.

For now, the real estate listings are exuberant: “Sought after neighborhood!” “One of Tampa’s most desired communities!” And simply, “Exciting Tampa Heights!”

Trackback from your site.

Our agents write often to give you the latest insights on owning a home or property in the local area.