Thanksgiving is the time of year when you think of all the things in your life that you’re thankful for. Often this list includes family though you may not realize it when you’re in the middle of the annual gathering of relatives from near and far. Fear not brave holiday celebrant, for there are ways to survive this festive occasion!

1. Take a Pass on the Cocktails 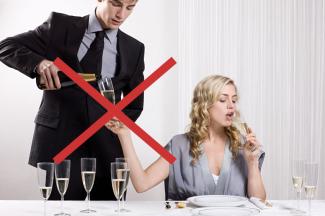 This may seem counterintuitive since your primary urge is to knock back a few glasses of wine or dip into Uncle Henry’s vintage scotch collection. Think of it this way though: once you hit the point of intoxication, you’ll end up saying or doing something that will likely be embarrassing and that will become fodder for the next (and all future) family gatherings. Don’t do this to yourself. Have a cocktail when you arrive to calm your nerves and a glass of wine with dinner, but limit yourself to these two drinks.

You likely already know several of the topics that will be discussed during your Thanksgiving event, and many of the questions that you’ll be asked by well-meaning relatives. Don’t go in blind – instead, arm yourself with a few responses and diversions. For example: 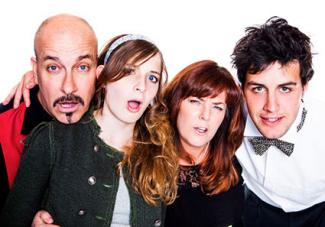 Tell your family that you’re thankful for them and that you want to get some special Thanksgiving photos of them all. Offering to be the family event photographer/videographer will give you a few advantages.

What’s more American at Thanksgiving than football? If you’re feeling a little tense or awkward at your family gathering, use your ninja moves to quietly and inconspicuously turn on the game. This effectively divides the family into two groups: those who love football, and those who don’t. Join whichever group causes you less stress, or opt for the football crowd because they will most certainly not be paying attention to you.

5. Spend Quality Time With the Kids 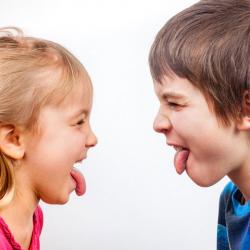 If there are children in attendance, you can give yourself a break from interacting with the adult members of your family by spending time with the younger set. Have a conversation with the shy cousin who seems to be holding back, or jump in and play hide and seek in the backyard. Of course, there will eventually be a temper tantrum or two and the kids will bicker over things that you likely think are inconsequential. Basically, it’ll be like spending time with the grown-ups, except that it’s socially acceptable to leave a group of squabbling kids without having to apologize and make excuses.

Whether it’s before or after the big Thanksgiving meal, there are plenty of jobs large and small that need to be done. Offering to help with these chores not only makes a good impression on your relatives, but it also keeps you busy and gives you something to focus on other than Aunt Margie’s weird new hairdo. Of course, many hostesses will decline your offer of assistance, so here’s a refusal-proof response: “Nonsense! There’s got to be something I can do, and this way I can spend some extra time with you.” Bam. Next thing you know, you’re wiping crystal drinking glasses with a soft cloth and avoiding most of the crowd.

7. Give Them Something to Talk About

Most people enjoy talking about themselves and telling stories about their pasts. If you find yourself in a situation where you either don’t want to talk about your life or you’ve run out of safe subjects to discuss, then ask a question that requires a story as a response. It helps a great deal if your question has something to do with family history, since others can join in and add to the conversation. Be careful though – only ask questions that you’ll be comfortable hearing details about. Asking your grandparents how they met, for example, is much safer than asking them to tell you about their honeymoon. There are some things that you just can’t unhear.

Face it, no matter what you wear, someone will comment that you should have opted for something warmer/more formal/less baggy/less revealing. You can’t please all of your relatives all of the time, so dress in an outfit that makes you happy.

If you’re married then this one’s a snap – you and your spouse will have plenty to talk about and rehash after the festivities. If you’re single, consider bringing along a sympathetic, well-behaved friend who doesn’t have other Thanksgiving plans. Preferably one who doesn’t mind fielding personal questions from strangers, doesn’t drink too much, and has promised not to share embarrassing stories about you. This ally will commiserate with you after the shindig, and during the gathering she’ll take some pressure off of you. That is until the relatives start to ask whether your friend is actually a casual acquaintance or if there’s something romantic going on – be prepared for this and respond accordingly. (See tip #2.)

10. Have an Exit Strategy 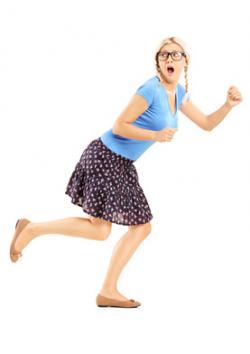 While you certainly don’t want to be rude and offend your hosts, you’ll want to have a plan in place to extricate yourself from the festivities when you’ve had enough. You don’t want to be stuck without a few previously thought-out options, because you’ll end up saying something like, “I’d better get going, uh, because, um, I think I left my curling iron plugged in.” It’s tough to bounce back from that kind of lameness. Instead, employ one of these strategies:

Refrain from using the “not feeling well” excuse. This can trigger all kinds of sympathy aches in your relatives, and will eventually lead to them blaming the chef for under-cooking the turkey. You don’t want that on your conscience.

Keep Your Eye on the Prize

No matter how apprehensive you are about spending time with your family this Thanksgiving, remember at some point in the day to be thankful for them. As some of them might already be reminding you, they won’t always be around – and when that happens, you can strive to be the annoying relative that everyone else complains about!

Written by Lady Espinosa on November 11, 2019. Posted in Home Tips and Seasonal Tips from your Broker
Tags: Always working for you, Carmena and Associates Realty Group, florida real estate, Home for sale in Tampa Florida, tips from your broker

Trackback from your site.

Our agents write often to give you the latest insights on owning a home or property in the local area.